My final "Parkway memory blog" (i.e., this one) was supposed to dovetail with the grand opening of The New Parkway - tonight. However, in true Parkway tradition, circumstances beyond anyone's control have forced a slight delay. This unfortunate but unavoidable speed bump did not pre-empt the recent private party thrown for The NP's many investors, supporters and volunteers, which took place at the nearly completed theater this past Wednesday, November 28. Monica Tiki Goddess and I were very excited to see J. Moses Ceaser's grand ambition finally realized. While this venture was an ensemble effort, just as before, Moses is to this venue what Parkway co-founders Kyle and Catherine Fischer were to the original - the visionary mastermind that brought it all together and made it possible. Kudos to both.

I have to admit, as the long time programmer/publicist of the original theater, and as someone who never thought I'd return to this industry in any capacity, it felt a bit weird to be there. As I've said before, I felt like the star of a canceled TV series that became a cult sensation following its premature demise, and was now being revived with a whole new set and crew, while maintaining the basic concept (i.e. Star Trek TOS vs. Star Trek: The Next Generation.) I was just making a cameo in the rebooted version. Many members of the new crew had not been to the old Parkway very often, if at all, meaning they were not aware of my prior position, so I am an unfamiliar face to them (and vice versa). But many of the folks present were from the "old" community and it was very nice to see them again. None of us thought this would ever happen. Some are sad the original location could not be revived, but the fact is, the 24th @ Telegraph address is far more strategically sound, easily accessible via bus and BART, and smack in the middle of the bustling hub known as Uptown. And the interior setup is very impressive. 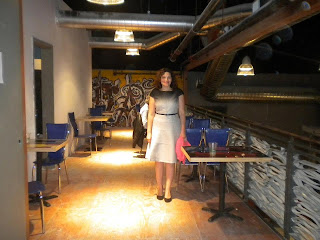 When you walk in the door, you are greeted with a bright, airy cafe and a concession stand on the far left where patrons will purchase tickets and order food. The space extends to a mezzanine level, and the walls will be adorned by local artwork. Very Oaktown. 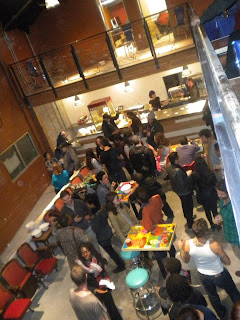 The two screening auditoriums are what I describe as "organically funky." Both replicate the cozy, casual ambience without duplicating the actual design of the former location. Remember, this is a renovated warehouse, which actually suits the artsy/commercial character of the district, the same way the original Parkway matched the old school, laid-back mood of its own more residential neighborhood. 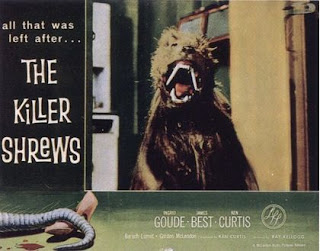 I programmed some public domain films for the occasion: vintage Betty Boop cartoons and 1959's B-classic The Killer Shrews, which contains more booze-guzzling than any movie ever, including The Lost Weekend and Leaving Las Vegas. Trust me, if you were trapped on an island surrounded by rabid dogs wearing shag coats and fake fangs, you'd be hittin' the sauce big time too.

Following a formal presentation honoring the many people who helped bring this project to life, including the local vendors contributing food and beer to this shindig, there was also a very entertaining program of local short films, setting the table for what's to come... 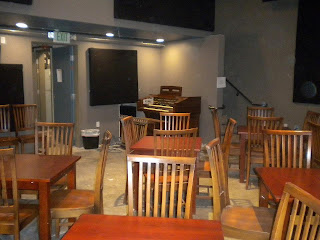 Theater #1 is arranged "cabaret style" with tables and chairs on the lower level and many couches up in the balcony area, as well a few lining the walls.  There's even an old organ in one corner. Completely unique. This is where my weekly "Parkway Classics" series will take place, beginning with The Big Lebowski. 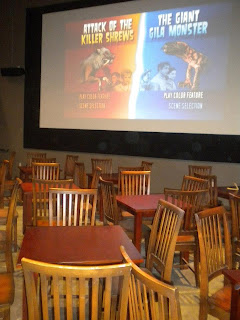 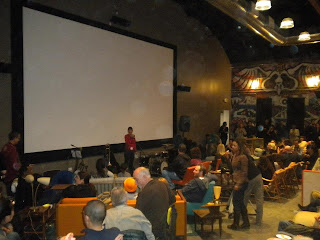 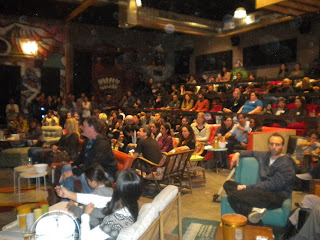 Theater #2, where "Thrillville Theater" will happen every Sunday at suppertime, starting with Forbidden Planet, features a hodgepodge of midcentury modern furniture facing the screen with more traditional theater seating in the back. It reminded me of Ren & Stimpy's house. Fantastic. And again - very Oaktown. All I can say is, fans of the former location will love it, while a whole new generation of patrons will be introduced to a very special filmgoing/dining experience. 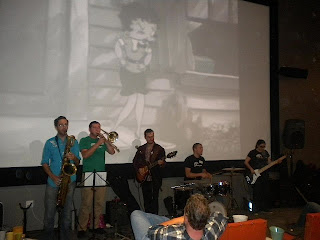 And making good on my promise to the closing night crowd back on March 22, 2009 (William Shatner's birthday), I booked Carne Cruda to help re-open the revived theater. Not in the same spot, as it turned out, but possibly, even better. When they played "Oakland's Tight," it all felt right. Full circle.

Later that night, when I flipped on the TV as I laid in bed, processing many mixed emotions, Star Trek: Generations happend to be on IFC. Incredibly ironic and ominous. I watched Kirk pass the torch to Picard and thought: this is a natural progression from one "enterprise" to the next...

I will always cherish my many good memories of the original Parkway, but it's nice to finally be making some new ones, too. Cheers. 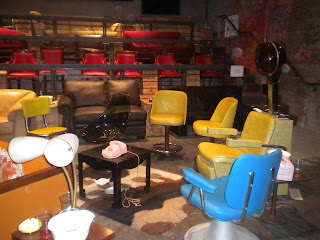 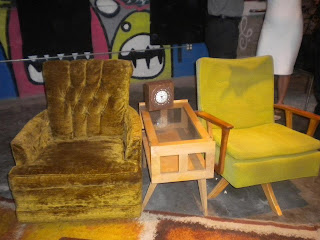 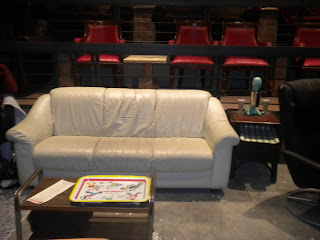