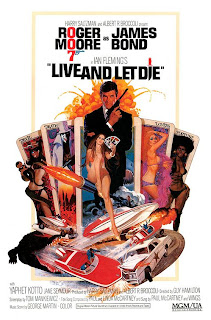 James Bond and Hurricane Sandy both made headlines lately, reminding me of a very special Parkway memory. On August 29, 2005, Hurricane Katrina struck the Gulf Coast and nearly wiped the city of New Orleans off the map. The world responded with both horror and love, and The Parkway community was no exception. We regularly hosted fundraisers for local causes, but the widespread misery being suffered by our brothers and sisters down South touched our hearts and inspired us to organize our own benefit in cooperation with major charities like the Red Cross. I programmed two movies set in New Orleans - the 1973 James Bond classic Live and Let Die (Roger Moore's first and IMO best 007 flick), and the sexy 1986 neo-noir The Big Easy starring Dennis Quaid and Ellen Barkin, both prints donated for free exhibition by the studios. We also hosted an action with numerous items donated by local businesses, and collected canned goods  and other items from patrons as well. There were some delicious Louisiana food specials on the menu that night. It was a very successful event, proving that the global community knows no bounds. Cheers. 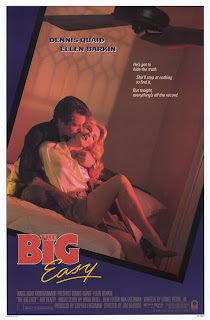