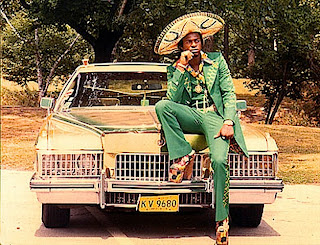 As we count down to the grand opening of The New Parkway on Friday, November 30 (with a pre-opening gala scheduled for Wednesday, November 28, featuring live music by local band Carne Cruda, who performed at the closing of the original theater), I will blog daily about my memories as programmer/publicist/"Will the Thrill"/"white guy in the video." Within these entries will be a sub-series called "Parkway's Greatest Hits," which I'm kicking off today with American Pimp, an entertaining, enlightening documentary about America's oldest profession. 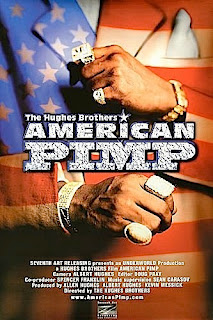 I clearly remember the long, long lines of patrons - and actual local pimps! - lining up for this funky flick, which totally bombed upon initial release.  I think it played for a week at the Grand Lake Theater before we picked it up and it became one of our longest-running smash hits, playing in the late slot, 9:45, in the less spacious (but still cozy) Theater #2 upstairs, for months. This is when we realized that there was something special about the already diverse demographics that made up our community generally and the Parkway audience specifically, which we were still in the process of building when this movie came  out of nowhere in 1999, and paid many, many bills, as well as helping to put our little theater in a forgotten neighborhood on the greater Bay Area map. The colorful cast of characters both on and off the screen - a virtual mirror image - perfectly summed up the unique appeal of the Parkway and its patrons. I look forward to more spectacularly surreal occurrences of random synchronicity at the new place. Cheers.
Posted by Will Viharo at 12:08 PM